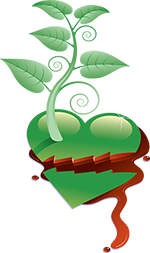 My family of origin finally settled in San Diego when I was 11 years old, and I consider myself to be a Californian. My original interest in psychology focused on treating sex offenders in the state mental health system, but that program was discontinued after research showed that most if not all of the offenders being treated reoffended. I moved to New England and started two emergency mental health programs in Connecticut; however, I didn’t really feel at home until I started working in an alcohol rehab center and treating codependency. It was during this time that I recognized my own dependence on alcohol, and got sober in December, 1987.

I relocated to Florida in 1988, and have been working in private practice since 1991, treating recovering addicts and survivors of childhood trauma, both gay and heterosexual. I also served as the EAP provider for the Orlando Sentinel from 1991 until 2009.

After the passing of my mother in 2005, I learned a new kind of therapy from Ruth Stern, MA, who has taught most of the therapists in Orlando how to tap. The technique, Emotional Freedom Technique, sparked an interest in all forms of energy psychology treatments, and I have been developing my skills in this area ever since.

I became an empty-nester in the summer of 2015, and live with my husband, our dog and two cats. I have four sons (three who are married), two grandsons and a granddaughter! In my spare (?) time, I am an avid knitter, love camping and Jazzercise.